Tidbits from a shuttered home:

•Other than storm surge, tornados are the scariest things in hurricanes.

•Irma is producing a crap ton of tornados.

•When a 3-year-old is told to stop watching ‘The Bee Movie’ to huddle in a safe area when a tornado is nearby, he exhibits an astounding lack of understanding and patience.

•Hyper-local weather TV coverage is the only type that matters while a hurricane is hitting you. It’s been great here.

•Kids don’t get scared very easily, especially when they’ve been told that as soon as the power goes out, they’ll get ice cream before it melts.

•It sounds like all the trees should be falling down outside, and I have no idea how we still have power.

•My 6-year-old son’s powers of description surpassed mine when he said the wind-thrashed trees outside sound like ‘really big waves coming in.’

•One my most urgent hopes right now is that the dogs don’t pee or take a crap in the house.

•I imagine I’ve had my last hot cup of coffee for a while, but the last one I had was damn good. 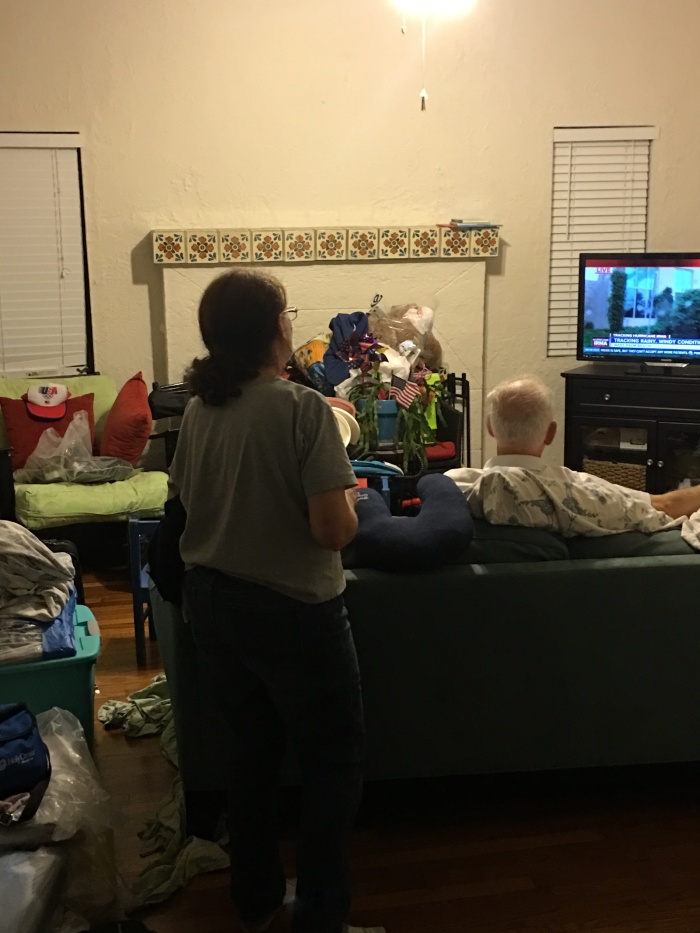